“Whoever saves one life saves a world entire.”

What need has a wee Irish boy of the global Irish diaspora? 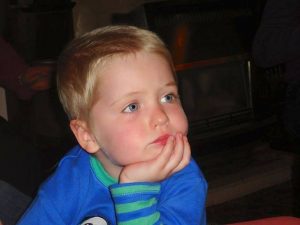 Hi everyone, I am Charlie’s mum and I just want to thank you all for what you are doing. Charlie is a great wee man with a huge zest for life, he really has a fighting spirit and I totally believe we will get a successful match and that Charlie will be cured of cancer…
Will keep you all updated. Love Cliodhna & Fintan, Charlie & Nancy xx

Thanks to Charlie and his family’s urgent appeal, NI registrations on the bone marrow register have grown 2000%. Now let’s grow the registers in America, Australia, Canada and wherever else we Irish have settled.

America is a nation of immigrants who in the last 50 years have learned to celebrate their ethnic and racial identities. Gone are the days of the “melting pot”,  hyphenated Americans value their roots.

And there is DNA in those Irish-American roots!

The shores of America, Canada, Australia and countries worldwide were once life saving. Generations of Irish have invested their young building other nations.

May we now ask for a return on that investment?

Spread the word! We are fewer than 6 million here but an estimated 70 million worldwide. Get tested and register. It’s a cheek swab. Not just for Charlie, but for your family and distant cousins worldwide.

Consider the luck of the Irish! We have a sizable diaspora to ask.

Not so lucky, the Jews. Or African Americans.

A worldwide Jewish population/diaspora is estimated at fewer than 14 million. In 2005 when legendary jazz saxophonist Michael Brecker was diagnosed with a blood disorder requiring a bone marrow transplant his family launched a worldwide search for a donor. Widely publicized across both Jewish communities and the musical world, no match was found.

“Being Jewish made it especially difficult to find a genetic match, since such large part of the Jewish population was lost during World War II.” ¹

The problem also exists for African Americans. Good Morning America host Robin Roberts highlighted this issue just last year. Diagnosed with myelodysplastic syndrome she was blessed to have a sister who was a perfect match. A gift because only 7% of donors registered in America are African-American.

On a sad note – Charlie lost his battle and “gained his angel wings” on 2. August 2019. You can keep his memory alive by registering – and where possible – supporting the children’s cancer charities and caregivers whose support sustained him then – and so many families now.