On Storytelling & Learning to Repair the World

On Storytelling & Learning to Repair the World 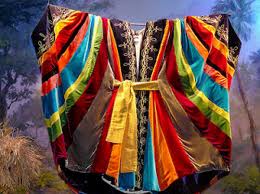 A few years ago when a colleague’s grandson was only 6, he came home from school having been taught the biblical story of Joseph.

“Daddy, why did his brothers throw Joseph in the pit?”

“Because Joseph was his father’s favorite. Jacob didn’t treat the other brothers as nicely.”

The wee one went off. A good while later he was back, having seriously contemplated the matter at hand.

“They should have thrown Joseph’s father in the pit!”

That, dear readers, is precisely why we tell stories.

Whatever your relationship to, belief about, or even disdain for The Bible, the Book of Genesis is a good read. A psychology professor of mine once opened a class in group dynamics with:

“…and if you’re working with families don’t underestimate the complexity. Everything you need to know about that can be found in Genesis”

In an earlier post on Storytelling, I explored the archetypal nature of stories. Simply put, it’s the way in which groups, families, or societies behave, as demonstrated in common threads, patterns, or characters that appear across most human behavior.

Changing behavior, becoming resilient and recovery of any kind all rely on our ability to observe our behavior, elucidate patterns, and reflect on their origin.

So whether it’s about a personal recovery – or a societal one, the lessons apply.

The six-year-old who has genuinely considered the parenting lesson at the core of the Joseph story will parent differently in later life. There is little doubt his own father’s parenting is at the core of his power to observe, reflect, and conclude.

There is application also to our wider human family and more specifically to us here on the island of Ireland. I would encourage us to consider the divisiveness of our “Green” & “Orange” narratives in the context of families, human behavior, and Genesis.

This Joseph story doesn’t begin with Jacob’s poor parenting. Jacob’s own father rejected him for his twin. His own favoritism of Joseph was born of his grief at Rachael’s death. Joseph was a motherless child, the youngest and the only one of a favored wife.

How much of this story is owed to that accident of birth? To the times in which he was born?

And if you never knew the historical context or the family background does it inform your understanding of Jacob, Joseph, and his brothers? Leave you more compassionate, perhaps?’

A “family conflict of legendary proportions” is how it is further discussed by David Lewicki, Our Dysfunctional Families (Genesis 37: 1-4, 12-28), an excellent read. 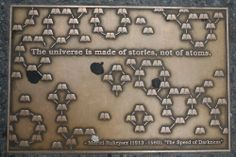 I would argue that were we to explore the Irish historical narrative in this way, and other nation’s stories, we would come to a more compassionate understanding of ourselves and each other.