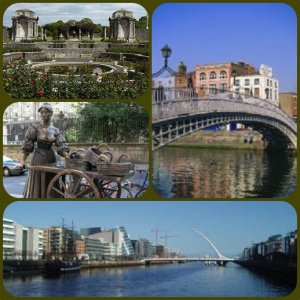 Tangible Ireland’s Dublin meeting October 9th is a special one. It marks the first session of my “senior year”* at Tangible.

Four years ago, with the help of Linkedin’s algorithms, I found my way to a meeting at the Dublin Civic Trust.

Welcomed by Dan Feahney, an enthusiastic, ex-pat American, I felt comfortable. Joining over 20 men and women from Northern Ireland & the Republic – it was the best collective company I’d found since arriving two years earlier. Remarkably, a full quarter of the group were women!

2010 was a bleak time in Ireland. We’d already hit bottom. My response was that there was no where to go but up. Everywhere I turned I saw opportunity.

Not so my Irish neighbours.

I was frustrated. The passivity of most and their despair was overwhelming. Where was the outrage? Where were the protests? Why were people saying “We got the run of ourselves, now we’ll pay”?

No one deserved it. It was clearly a failure of leadership, abuses of power and downright incompetence and it was going unpunished. (Sadly, still is…)

Compounding my frustration, I was still confounded by life on the border. The Good Friday Agreement was over a decade past and I lived every day with new messages about “them” & “us”. Somehow we could rail against historic wrongs, be willing to fight imagined enemies over exaggerated slights, but we were passive about the real and present danger.

Not at Tangible. It was different there, among these people.

One by one people rose to present.

I finally heard a language I recognized. Passion was alive in the voices of those calling for new & responsible leadership, self-reliance and a prosperity process!

Presenters came from across the island. I heard the language of respectful citizens of both governments interested in addressing the needs of the island’s economy with no political agenda.

Everything I heard at that meeting affirmed my vision of what life in Ireland could be. This community and their messages have sustained me.

There were 11 speakers that day. They included a young activist and social entrepreneur, Killian Stokes. He’d created a charity. Conceived in Dublin driven by a software platform built in Belfast, he recounted fundraising in America. Nothing passive about a young man equipped with a file of Google images, doorstepping executives and funders at meetings and conferences in New York. Here was passion, confidence and enthusiasm I could relate to!

Next up was Paul Smyth. The quiet dignity of this Belfast based Chief Executive of Public Achievement – belied the passion behind founding WIMPS – Where is My Public Servant? He was answering my near constant musing: Why isn’t anyone holding politicians to account? He was empowering teenagers in Northern Ireland to “speak truth to power” – with microphones in their hands plus the training and wherewithal to disseminate the interviews.

And then Ronan King took the floor. The theme of the day was Excellence in Ireland and one of the most powerful moments was when he put up a slide and said: “Do you know what happens when you Google Fianna Fail & Dynasty?”

Suffice it to say much blood was spilled to form a Republic that is shockingly dynastic.

His focus on demanding the accountability of regulators and bankers was refreshing in light of the self-flagellation I was used to hearing.

Noreen Bowden, an American ex-pat then living and working here presented on diaspora relationships, specifically, the disenfranchisement of emigrants.

Talks on talent management and leadership development by Alan Jordan & Danica Murphy were delivered in language I recognized. Empowering, not self-effacing; proactive and not passive.

Carol Conway then went on to deliver a summary of the first Ambassador Summer School. I knew I’d found a home. She and Dan Feahney closed by moderating a discussion: A Shared Future, the potential to design an Ireland of excellence.

Every seminar since has done precisely that. Tangible Ambassadors share the vision of an excellent, prosperous and sustainable island of Ireland fueled by the wisdom, strength & wealth of Global Ireland.

Join us as we gather annually in other Global cities – London in November, New York in May or Sydney in the summer; Belfast in February, Limerick in March;  Howth in January, Crossmaglen in July & Kilmallock in August.

Why? Noreen Bowden has returned to America, Killian Stokes is living and working there, along with 1000 like him who leave Ireland every week. Let’s develop the leaders who will create a dynamic, sustainable and prosperous Ireland for our children and grandchildren to come home to!