So what do they have in common? They remind us that there really is “nothing new under the sun”.

And the sentiment itself is ancient – Ecclesiastes 1:9 – written nearly a thousand years BCE.

“What has been will be again, what has been done will be done again; there is nothing new under the sun.”

Coffee klatches, consciousness-raising groups and water coolers were among the favoured gathering places in my lifetime. Humans are social animals, we thrive in community and whither in isolation.

And conversations drive change- whether it’s personal, professional or civic.

The gatherings haven’t changed much – but they have reflected changing times. 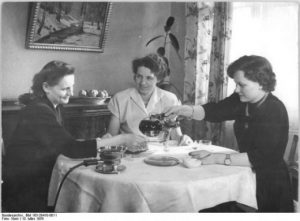 In my 1950s and ’60s childhood, there was the ‘Coffee Klatch“. Women gathered around kitchen tables with a comfortable camaraderie that helped them overcome the isolation of suburban lives. And while klatch literally translates into gossip, it was more than that. Problems were solved, wisdom was shared and comfort provided.

And lest you think that the amity of “kitchen table’ gatherings was the sole purview of women, ‘kitchen cabinet‘ was used to describe the informal group advising an American president a century earlier.

In the ’70s, coffee klatches evolved into living room gatherings – and consciousness-raising groups emerged. Those conversations made way for the second wave of feminism.

In the ’80s and ’90s, industrial psychologists described the “water-cooler effect” as though realising the benefits of engaging with colleagues and coworkers was a new phenomenon. By the early 2000s formalising this type of employee engagement was seen as beneficial – and cutting-edge.

Yet an 1850 Melville novel about life on a warship described a place where informal communication and rumour abounded. The “scuttle-butt” was the site of the freshwater pump and casks of ale where sailors of every rank would gather.

The 21st Century gathering places have changed. We’re spoiled for choice. Coffee shops abound along with coworking and other ‘3rd spaces’. The kitchens are gone – but the tables and the intimacy remain.

Our challenge is to imagine a new way of gathering. We’ve toyed with networks and platforms that serve the commercial interests of others. Linkedin, Facebook, Twitter etc – are great for connecting. But they fail when it comes to relationship building. 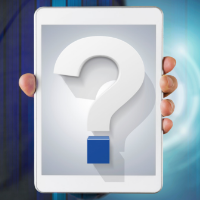 So what is next?

Well – watch this space – and if you’re interested in joining a dynamic community of changemakers at the next level of cutting-edge – get in touch!