Home/Blog, Growing, Personally, Storytelling, The Journey/What’s in a Name?
Previous Next

It turns out a lot, even if you aren’t unfortunate enough to be “A Boy Named Sue”.

“It’s that name that helped to make
you strong…

It was a bitterly cold Sunday afternoon in February 1955. Shortly after my birth, the doctors started to take seriously my mother’s complaints of feeling unwell. It turns out she wasn’t ‘just’ a first-time mom not up to the rigours of pregnancy.

It was nothing less than an acute gall bladder, requiring a surgery that was nearly too late – peritonitis had set in. Whether she ever held me, I’ll never know – but it was more than a month before she would have the chance to hold me again. Much that I have come to understand about myself since reflects the loss of that bonding.

That’s a tragic beginning for any infant – the most fundamental experience of being connected to a secure place in the world is lost forever. 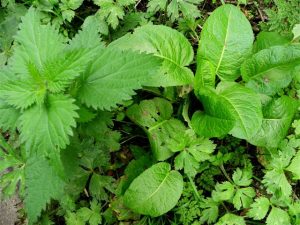 But it was accompanied by a gift.

I’m reminded of the dock leaves that grow alongside nettles – pay attention and you will find the cure for the sting close at hand.

That same day the Universe provided a cure – the first of many women who would step in and mother me over the course of my lifetime.

My hospital discharge was to come 5 days later, before my mother had become fully conscious.

Infants in those days could not be sent home without a name and this presented a problem.

My father was insistent I be called Margaret Mary after his mother. My maternal grandmother asserted rank and demanded Concettina – which, beyond the decidedly ethnic – in her dialect, was not as lovely sounding as it might appear.

Enter a woman whose name, ironically, I never knew.

She was a nurse, described to me often as a God-fearing Southern Baptist woman recently arrived in New York City from somewhere in the Deep South. She bore a faith-based authority and strength of character that stood her in good stead when dealing with my fierce, 6’5″ Irish father.

She sat with my mother through her intermittent periods of consciousness insisting that she name me. My mother – quite sure she was dying had little interest in entering the fray. She finally relented saying – “Think of the first woman’s name you can think of”.

It was a simple as that – she gave me the first woman’s name. She used my mother’s name in the middle – and that rescue comes to mind whenever someone points out that my initials spell my name.

The power in that name is that it distinguishes me from the needs and wants, expectations and desires of what went on to devolve into a very toxic family. It also bonded me to the woman who bore me – in spite of the wounds that kept us unavailable to each other in life.

I have also learned in the telling and retelling of that story, that sometimes the Divine enters the world in the guise of strangers. Others like her followed – people whose acts of kindness shaped my life and my orientation to the world. I expect it was that first intervention which allowed me to be open to her successors when they appeared.

At age three and a half – long before nursery schools existed – a paediatrician, Mary Pfaff – made it possible for me to enter a convent kindergarten. In those pre-Vatican II days, the Sisters of the Sacred Heart of Mary were addressed as “Mother”. Mother Catherine – was precisely that for the 9 months of the year I was in her care and through the letters she wrote me in the summertime.

By six, my mother’s best friend’s parents – Rose and Abe Goldstein entered my world – becoming significant in the years after I left the safe confines of Marymount and lived – just a few blocks from them – in Manhattan.

At 13 it was a nurse – at 15 an Aunt who was reintroduced to my life. At 25 no more unlikely an advocate than my father’s first wife, the mother of my two half-sisters who appeared to fill a void at the time of his death. At 27 I met my dearest friend who mothered me through the early days of my marriage and my first pregnancy – arriving at the hospital for the birth of my eldest and triggering a moment of panic when the nurse announced that “my mother” had arrived. The ‘real’ one as it turned out.

And then there was Alice – another God-fearing Southern Baptist woman transplanted from the Deep South. God may not have promised us tomorrow, as she often reminded me – but she witnessed that what we need is delivered if we’re willing to accept it, from unexpected and even unlikely people.

She and a tribe of other mothers helped to rear my children. They shared their wisdom and their experience of having been well-mothered – they modelled and taught what they knew and I did not.

The purpose of this introduction is not to tell you about them – but to ask you to imagine who you might be or what you might bring into the life of another, especially a child – if only for a moment.

None of these people was ever-present. The total time spent with some would hardly amount to a day or with others, a week – but when I stop to consider their impact on the quality of my life and the chances for my future – especially as compared to my brother’s experience – each in their way was life-saving, life-giving and life-affirming.

Each in their way sustained me.

We don’t have to aspire to “be the change you want to see in the world”.

We can easily be the change someone needs in their life today. And that may amount to only a smile or a kind word – something we can all afford.

Special thanks to Sally Murphy for her recent presentation – at her Re-Stór event with Shane Breslin. She inspired the writing of this part of my story – for which I’d never quite had all the words.